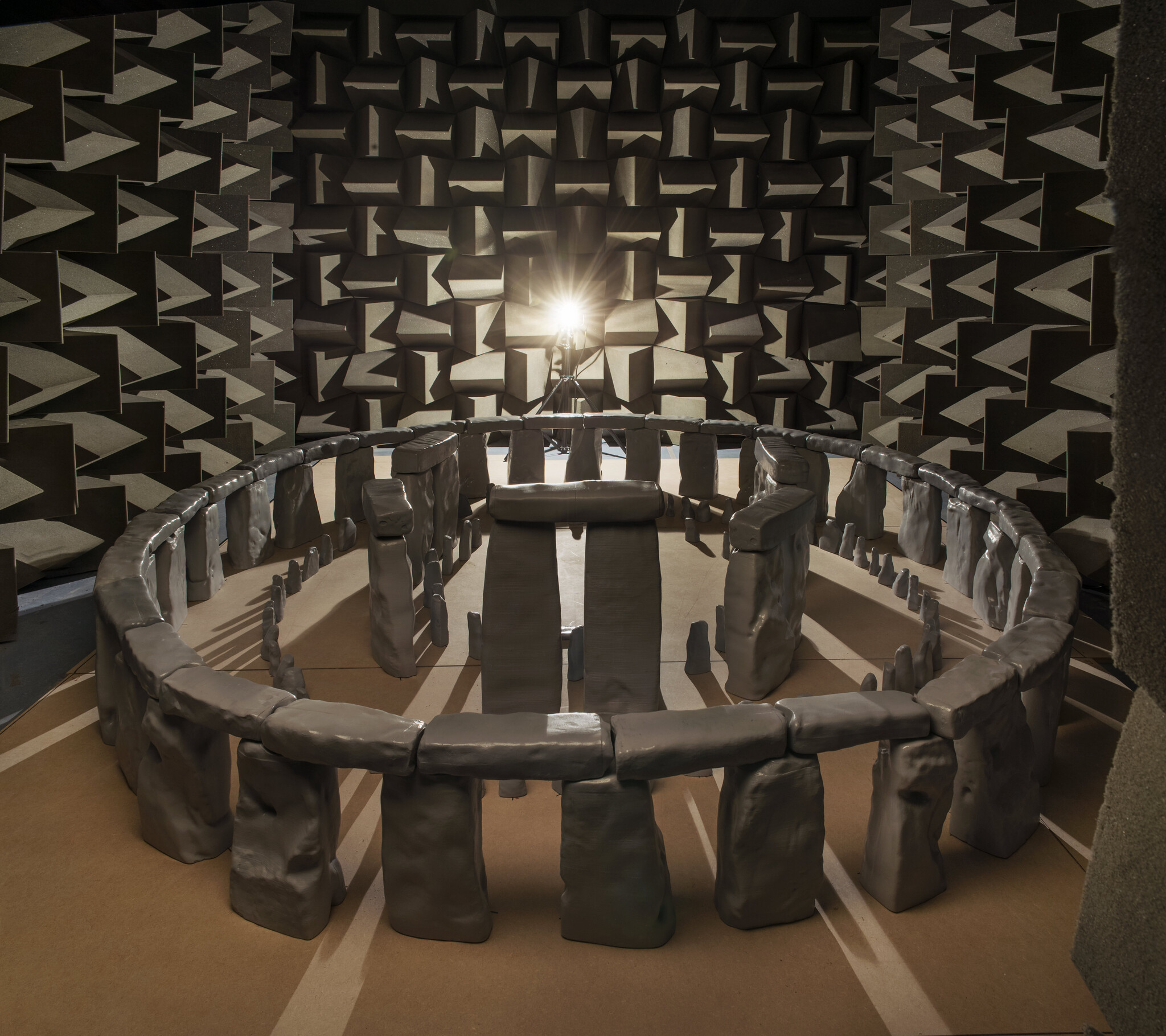 Senior Members Group:
Using Scale Modelling to Assess the Prehistoric Acoustics of Stonehenge
Trevor Cox, University of Salford
Wednesday 2 February 2022
15:00 by Zoom
With social rituals usually involving sound, an archaeological understanding of a site requires the acoustics to be assessed. This talk details how this can be done with acoustic scale models. Scale modelling is an established method in architectural acoustics, but it has not previously been applied to prehistoric monuments. The Stonehenge model described here allows the acoustics in the Late Neolithic and early Bronze Age to be quantified and the effects on musical sounds and speech to be inferred. It was found that the stone reflections create an average mid-frequency reverberation time of (0.64 ± 0.03) seconds and an amplification of (4.3 ± 0.9) dB for speech.
The model has a more accurate representation of the prehistoric geometry, giving a reverberation time that is significantly greater than that measured in the current ruin and a full-size concrete replica at Maryhill, USA. The amplification could have aided speech communication and the reverberation improved musical sounds. How Stonehenge was used is much debated, but these results show that sounds were improved within the circle compared to outside. Stonehenge had different configurations, especially in terms of the positions of the bluestones. However, this made inaudible changes to the acoustics, suggesting sound is unlikely to be the underlying motivation for the various designs.
This presentation is open to all members and non members.
Members can access the Zoom link on the members page and non members can email ioa@ioa.org.uk for the Zoom details.
02 February 2022

Please help us and let your friends, colleagues and followers know about our page: SMG: Using Scale Modelling to Assess the Prehistoric Acoustics of Stonehenge

You can also share the below link in an email or on your website.
https://www.ioa.org.uk/civicrm/event/info?id=684&reset=1
empowered by
CiviCRM