Whilst it’s not often I buy a textbook based on a catchy title, Robert Apfel’s “Deaf Architects & Blind Acousticians” is one that has always stuck in my mind. More often than not, I recall it as “Blind Architects and Deaf Acousticians”, perhaps due to my own questionable hearing abilities but perhaps the mix-up is not as far-fetched as one might think.

Cymatics, speaking simply, is the science of visualising sound, one of the most famous examples is the Chladni Plate, a visual display of the movement of sound across a vibrating plate. I spoke with Myles De Bastian, founder of Cymaspace in Portland, USA – a performing arts space which uses cymatic technologies to make music more accessible and inclusive to the deaf and hard of hearing – to see how 21st century technology is allowing them to break new territories in translating audio to video.

How long has the Cymaspace project been going? How did it start?

As of time of writing, CymaSpace is about to enter its third year. Since 2013, we have been exploring ways to make sound visible and tactile, so as to make performing arts more engaging and accessible, especially to the Deaf and hard-of-hearing (DHH).

As a musician who also happens to be profoundly Deaf, I was looking for ways to access information about sound that I could not otherwise perceive through auditory means. What little residual hearing I had left was posing a significant barrier in allowing me to perform with other musicians, I struggled to follow rhythm changes without hearing the time-keeping of a drummers hi-hat, I couldn't stay on pitch with vocals unless I clenched my teeth and sang with a low chest voice so as to feel the vibration in my jaw and throat which was not conducive to being able to project a voice to the back of a concert venue... In 2012, my desire to continue to enjoying music by relying more on other senses, led me to discover Cymatics (the study and science of sound made visible). I realized it might be possible to "see sound" and so excitedly built some early experiments and prototypes with some limited success. I founded CymaSpace because I realized I would need the input of like-minded artists and engineers to help me continue developing technology and further explore the concept of modern Cymatics.

How close are the cymatic devices you create to the old apparatus’ that relied on visualising the actual vibrating patterns of a surface? Are your principles still based around replicating the modal patterns around a driving frequency?

Through our work, we have found that there are separate categories or branches of Cymatics. The early work of Chladni revolved around the concept of creating patterns from substrates like sand or salt by vibrating surfaces or membranes that are resonated manually with a violin bow or rubber rods of various shapes and sizes. More current yet still "traditional" explorations employed electrical amplification and custom-built electro-magnetic transducers which modernized the approaches to Cymatics such as Tonoscopes developed by Hans Jenny and CymaScopes by the Reid family.

At CymaSpace we have built a variety of similar, traditional and more forward thinking Cymatic devices. An early experiment retrofitted a vintage overhead projector with an elevated vibrating surface membrane that produced images that could be projected onto walls. Our Education Director Eric Buchner (a keen Cymatics enthusiast) has been working with lasers to project Lissajou curves from amplified audio inputs. He is also exploring applications of Cymatics to visual arts such as capturing the patterns of water-based sound vibration onto paper to create marbled paintings.

At CymaSpace we are also firm believers that the future of modern Cymatics will be in the digital realm and we are invested in working with open-source electronics (now affordable and powerful enough) to allow real-time computing and audio analysis that allows us to extract data from sound, such as via Fast Fourier Transforms (FFT) calculations that generate thousands of bands of frequency and amplitude information in real-time. This data can be used in a wide variety of ways such as programming algorithms that translate frequency and amplitude values into variables that intelligently control hue, brightness and pixel animations of digital individually addressable LED arrays or DMX lighting fixtures.

I believe that going forward; we will begin to see more interest and demonstrations of applying traditional analogue Cymatic concepts into the digital realm via computer simulations and physics-based models. At CymaSpace, we aim to incorporate the underlying physical and mathematical properties of Cymatics and apply them to the almost limitless visualization possibilities offered by digital technology.

What about the tactile vibro-haptic furniture you install at Cymaspace? How does this work and what different challenges come from translating to the sense of touch instead of sight?

Since our mission is to make cultural events that rely on sound more accessible to the Deaf and hard-of-hearing, we have built hardware prototypes that translate sound signals into tactile vibration. Elements of music, sound-effects and even speech can be felt, which when combined with Cymatic visuals creates an experience of multi-sensory immersion while enjoying a live or recorded performance.

Since all sound begins as movement (kinetic energy) that creates vibration, it is not an unfamiliar sensation to feel sounds, especially low frequency, bass type sounds such as the kick drum or the impact of a dancers feet on a wooden floor. At CymaSpace, we take this naturally occurring tactile sensation and amplify it using electro-magnetic transducers that are designed be attached to surfaces and vibrate objects themselves, rather than the air as a speaker does. This allows us to enhance the tactile vibration felt of sound but without drawback of needing the loud volumes and energy typically associated with live concerts.

There are limitations with off-the-shelf transducers that cannot vibrate at higher frequencies, thus often the tactile sensations are limited to lower frequency sounds. We have plans to explore high fidelity vibro-haptic wearable devices as well as dance floors and stages that permit multiple, simultaneous audio frequencies (including high frequencies) to be felt via a network of independently vibrating transducers.

How can people find out more about Cymaspace and Audiolux devices?

We invite you to check out our website www.cymaspace.org where we continually showcase our projects and events. We also have open-source examples of the technology and applications such as the digital 'Cymatic Lighting System' described earlier www.cymaspace.org/news/cymatic-lighting-system-press-release/. You can obtain more information on professional products that incorporate the Cymatics-inspired technologies and concepts we have developed, via Audiolux Devices (www.audioluxdevices.com). 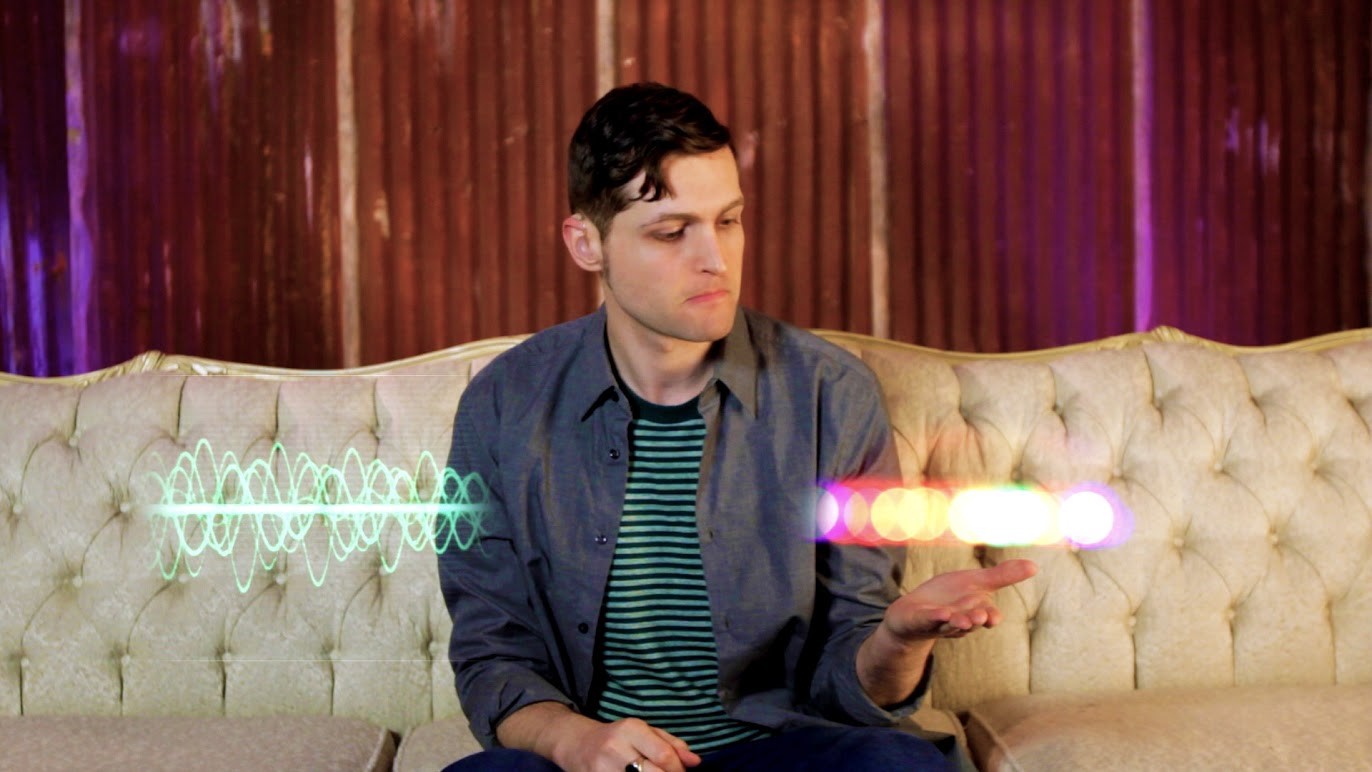